A few workshops to look forward to 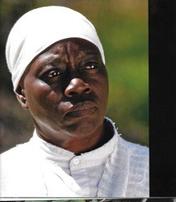 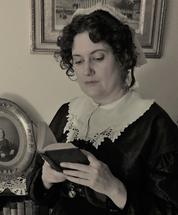 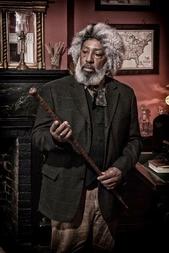 Elizabeth Cady Stanton (1815-1902), often called the architect of the Woman’s Rights Movement, had something to say about all the great topics of the day. From dress reform and bicycle-riding to abolition, suffrage, and religious liberty, Stanton was always at the "center of the rebellion". Join a conversation with Elizabeth Cady Stanton, as played by Dr. Melinda Grube, as she reminisces about life as a rebellious daughter, an imaginative and loving mother, a brilliant suffragist leader, and a radical public intellectual.

Maggie Moore is back again this year bringing Harriet Tubman to life! More details to come.

Registration is Open Now! Go to Programs to view offerings!

We are excited to offer over 90 excellent workshops and three nights of great entertainment safely in 2022!  Keep checking the website for more details and information for this years Experience!

To register for the Silver Lake Experience, click here

Nathan M. Richardson is a published author, performance poet and Frederick Douglass Historian.  His work has been widely re-published in anthologies, magazines and newspapers such as the Channel Marker, The Cupola, Coastal Virginia Magazine and the Washington Post. The Frederick Douglass Speaking Tour a living history performance in which he captures completely the physical and spiritual essence of the former slave, writer, orator and abolitionist Frederick Douglass. You can find more about Nathan Richardson and his work at www.scpublishing.com